WILL SHOOTING ON A MOBILE PHONE BECOME THE NEW NORM?

WHAT COUNTS AS "PRO"?

We are too, thanks. This month we’ve been to Turkey and in New York shooting plus we’re in the final stages of delivering a 6 part TV series. And did we mention our very own Associate Producer Jonny got the new iPhone 11 Pro? The man is now relentlessly toying with the idea that maybe, one day, we’ll all be making films on our phones. Here’s a little insight into his thought process... 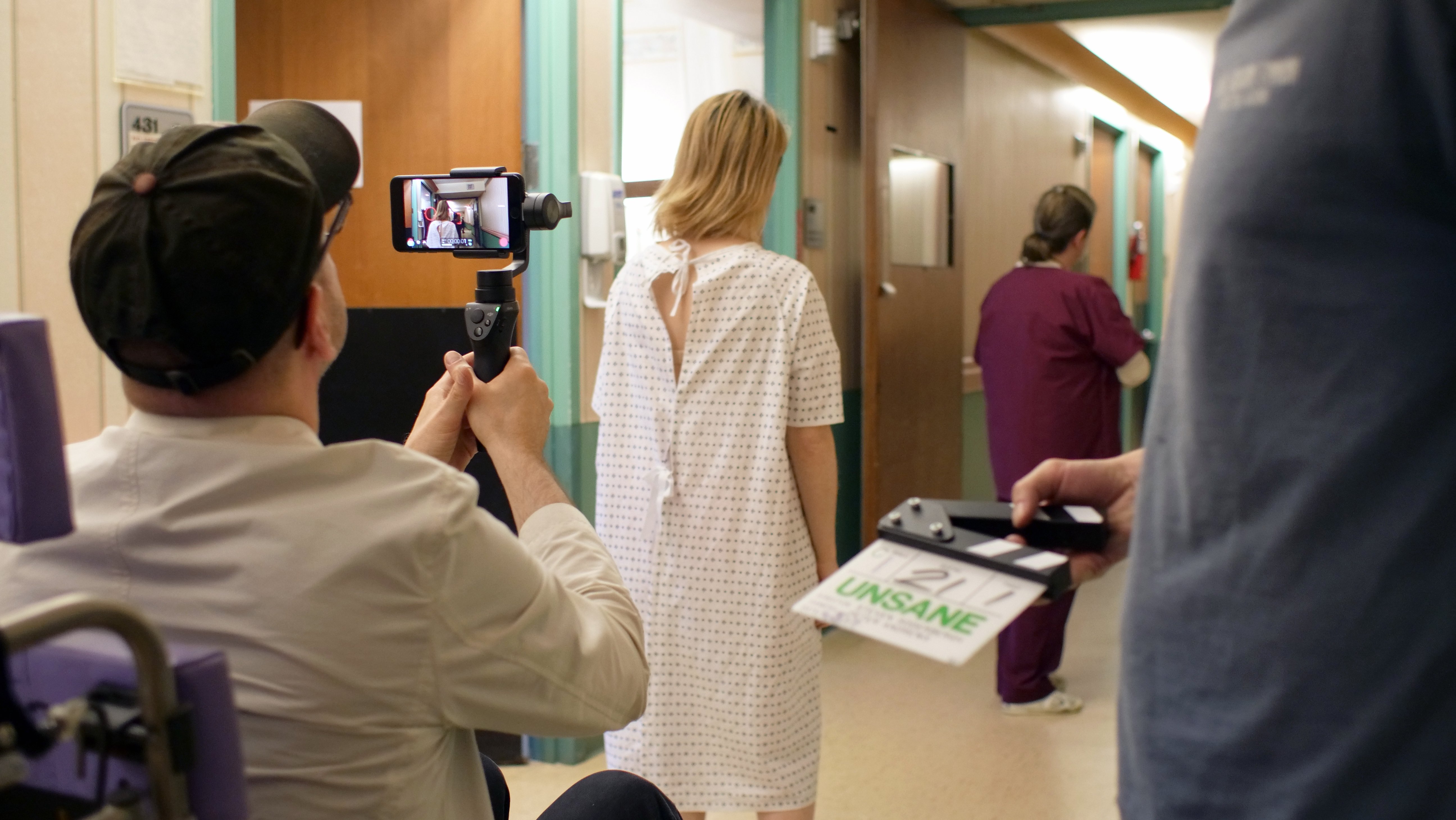 WHAT MAKES A "PRO"

When Apple announced the new iPhone 11 Pro, it was the “pro” that got everyone’s attention. Never before had the word “pro” been used with a phone. Apple have always blurred the line between “pros” and “consumers” so much so that people using Apple stuff are often referred to as “prosumers”. If you are a professional or a professional gadget snob it’s likely you’ll feel the draw of the model with “pro” in the name. So now we’ve got a pro iPhone, will we, humble content creators, think about using them professionally?

Moving back to London, one of my first jobs was at Apple’s Regent Street store. It’s fair to say that I have been invested in Apple (sadly I don’t mean with stocks) for quite a while and I’ve always loved their products. They do just work. Really well. However, despite this level of reliability, I’ve never been particularly dumbstruck when they release anything new. Fast forward to September 2019, iPhone 11 Pro’s release and a genuine jaw-drop. This thing is really, really good. Certainly, it’s added a certain je ne sais quoi to the ‘Gram, the Snapchat stories are on fleek, and, yes, it lets me call my mum too - but the point is I’m now making actual films on my iPhone and I’m a filmmaker by trade. 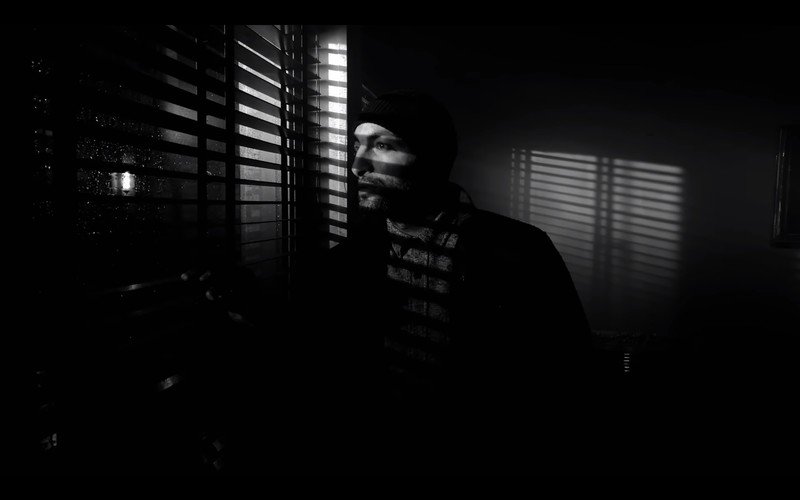 The quality is good enough (4K blah blah blah), the stabilisation matches up to any gimbal out there, the colours are gorgeous. Just take a look at Apple’s own video to see for yourself: “iPhone 11 Pro Cinematic Tests”. They themselves have used the word “cinematic”, which is not often associated with a phone, ever. Sure, top Hollywood directors have already made feature films on an iPhone but you have to wonder if it is just a novelty or some marketing ploy? Steven Soderbergh doesn’t seem to think so. He shot one film, and loved it so much he went on to shoot his next two on it. Just look at him go…

What I loved most about his thoughts on working with the iPhone was when he quoted Orson Welles:

I don’t want to wait on the tool, the tool should wait on me.

It can take a long time to make a film; executing certain shots and perfecting camera motion is a time consuming process, but shooting on a phone can make that process so much faster. Shooting can become a lot more liberating and rewarding creatively. 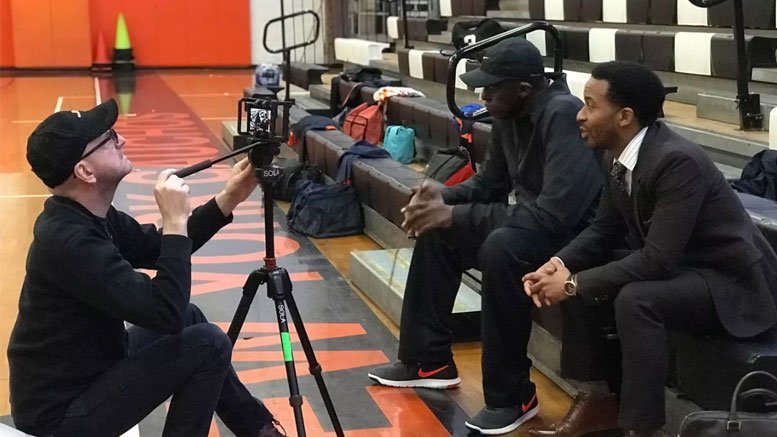 This got me thinking, could I replace all of my kit with an iPhone? I reckon maybe I could. But would I want to? Honestly, probably not. There are pros (‘scuse the pun) and cons to using an iPhone instead of say, an Arri Amira. Straight away, the thought of not having to lug a heavy camera around and instead float along with a phone has my back and shoulders wanting me to make the switch ASAP. BUT, even though the phone looks really good, it just doesn’t - and probably won’t ever - look as good. This is starting to seem all too familiar with the film vs digital debate, and at the end of the day, does it actually matter?

Here at WING, we have all the gear and, luckily, some idea of how to use it. The choice as to what kit we use always comes down to what is most suitable for the job, factoring in budget and time. Asking if we could ditch all of this kit for an iPhone was a pretty pointless question. We all know that every tool has its purpose and it’s doubtful anyone would be as amazed by Planet Earth II if it was shot on an iPhone. I also don’t see Apple putting propellers on a phone anytime soon so don’t flog the drone on eBay just yet. But there is certainly content out there that you could now quite easily shoot on a phone and not many people would be able to spot the difference, including myself. Especially as most content these days is consumed on… a phone. So why not? 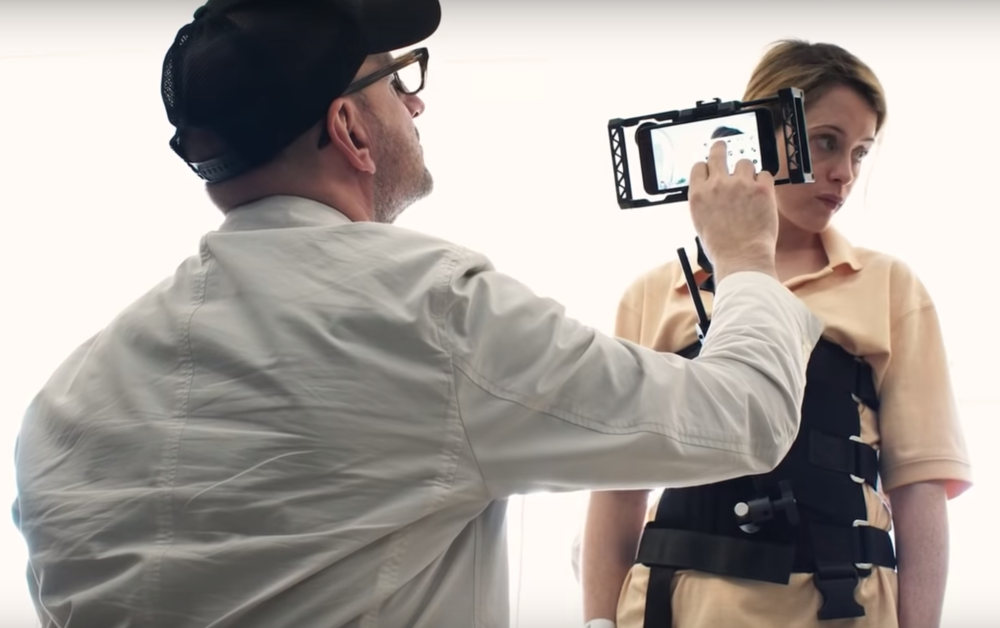 Realising what question I was really asking myself after revisiting the photo of old Mr Soderbergh, I wondered, if you didn’t know that was Steven Soderbergh, would you think he was a Hollywood director making a Hollywood film? Probably not. So, what if I turned up to a shoot like that? I don’t think I’d be taken very seriously at all and I would first need to go off and acquire Hollywood director status in order to be able to warrant whacking out my iPhone. If I think that you need a “real” camera to be a “real” filmmaker, surely other people may think that? Do our clients? Do our audience? Or does anyone actually care?

This brings us back to the concept of what counts as “pro”. Can we be “professional” filmmakers without “professional” kit? There is certainly a showmanship element to filmmaking, regardless of how the end product turns out. We are used to seeing crews rock up with all this kit. It makes everyone look the part. Certainly, shooting on a phone doesn’t feel quite as “pro”.

I am a professional filmmaker. Someone pays me to make films for them, and not just as a one off. I love my job, and I love making films, and that is the most important thing to me: the “making” part. Technology comes and goes so quickly that there is always something to get excited about. When filmmakers look back on films they’ve made, we don’t necessarily think, “I wish I’d shot it on this or that.” What is important to me is that the film was made. Sure, it would be nice to shoot on the best equipment out there every time, but if one day someone took all the kit away and said use your phone, at least I will still be capable of making something good. What’s that saying about bad workmen blaming their tools? 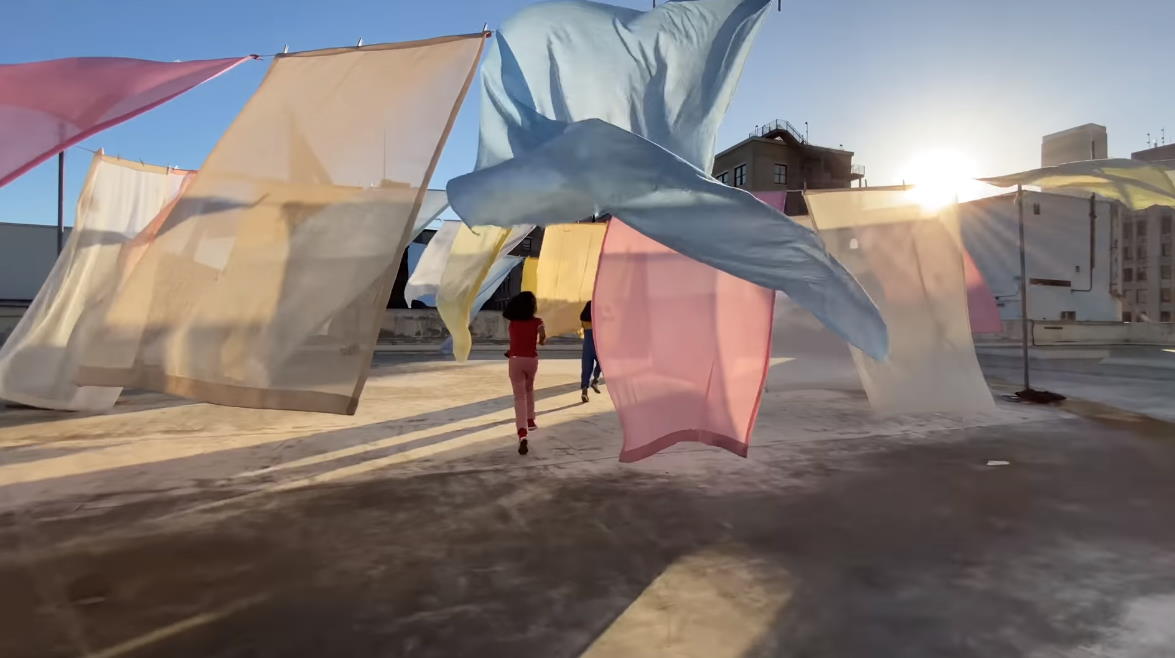 The point is that it shouldn’t matter what we look like when making content, or what tools we use. We are still the same people behind the camera and we have no reason not to add the word “Pro” to the ends of our names, do we? We, humble content creators, are the tools you really need. Pun intended.

Sequoia National Park shot on iPhone 11 Pro
I mean, seriously, if you needed more proof that the iPhone 11 has a stunning camera, look no further. And what better location to test it out?

Ryan Reynolds - I Am So Sorry About This
Sixteen brilliant seconds. It’s already been called the “best ad ever”. Something about gin, something about Movember… either way, it’s trending big time.

BBC iPlayer - Wasted on Some
Following in the footsteps of Channel 4’s Complaints Welcome, BBC have launched a hilarious new campaign for iPlayer, proving that there’s no pleasing some people.