I PREDICT A RIOT

Hear ye, hear ye, lend us your… eyes, for the first WING Perspective of 2019 is here! Rejoice! Rejoice!

Normally January is a time for a New Year detox and a collective industry-wide recalibration as brands and agencies gear up for the year ahead. But us WINGers are already deep in pre-production on a number of fun projects. We look forward to sharing them with you over the coming weeks, but first…

From hyper-powered Trump content to the tentatively WING-named genre of 'Space Content'' (yep you read that right - content set in SPACE, people!), this month we take a look at some of the predicted big splashes of 2019.

2019 has been touted as the year we will see the fastest mobile internet service ever with the grand introduction of 5G (remember, surely just last week??, when 3G was the bee's knees? Wow, we feel old). It is claimed that with 5G buffering will be a thing of the past, upload and download times will be lightning-quick but most of all, and interestingly for brands and marketeers, the need for content will increase immeasurably.

As we all know, there is already a HUGE demand for online video so this new hyper-charged level of consumption is exciting (and terrifying, depending on which way you want to look at it). The inevitable by-product of such an increase means more 'good' content (smart, original and fresh) but also a big increase of 'bad' content (fake news and the like) being created. Therefore, brands will need to stand out more than ever to be seen and heard.

Quartz Global Finance and Economics editor Jason Karaian says "With people spending so much more time watching videos on their phones, it's no wonder that advertisers are diverting more of their budgets to mobile content. For the first time, next year (2019), more money will be spent on mobile video ads than on video for other internet-enabled devices."

This isn't just in the world of mobile. Video marketing as a whole is also on the rise in a big way. According to Animoto, "73% of marketers created at least two videos a month for social media marketing in 2018," and this is set to increase further in 2019. 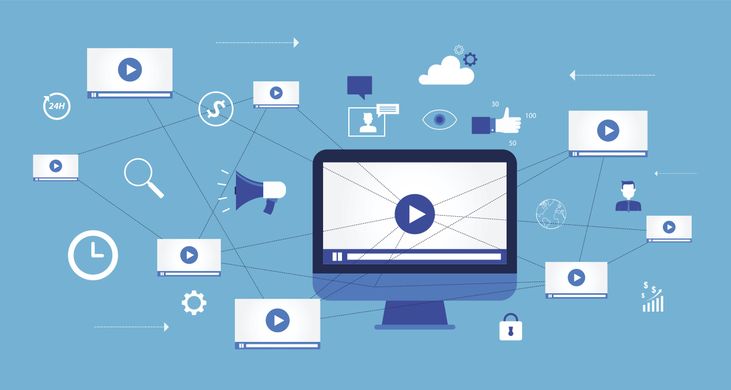 Ahh, casual trips to space for members of the public, or 'Space Tourism' as Sir Richard Branson likes to call it. Wasn't that supposed to have happened by now? We remember Branson talking about Virgin Galactic years ago! Well, Branson has now said that Space Tourism will 'finally' happen this year. Other multi-billionaires are also keen to get in on the action, with Amazon's Jeff Bezos claiming his offering won't be far behind Branson's. Last year Elon Musk's car in space made a huge impact on our social feeds – however, if the claims about Space Tourism are true, we will be seeing a new wave and high numbers of accessible space content both in the lead up to the launch and some wild UGC from celebs and (very wealthy) members of the public once they're up there. 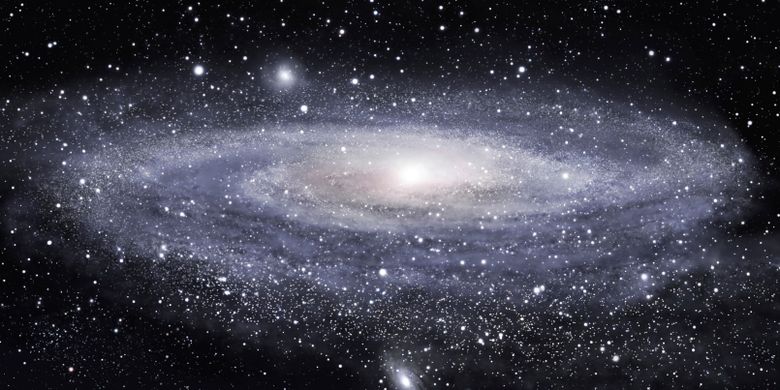 Zenith claim that "Advertisers will spend some $20 billion on mobile video in 2019, up from $2 billion five years earlier. That means mobile video will account for nearly a fifth of all digital display advertising in two years." With the rise of mobile video, vertical and square aspect ratios started to appear more and more. But will 2019 be the year vertical overtakes 16:9?

At WING HQ we are increasingly asked to provide vertical or square versions of whatever we make. We've seen a change from these formats from being an 'extra' deliverable to being 'essential'. This could be the year that clients may not even want or need the more traditional 16:9 format and vertical may indeed take over. Check out our WING Perspective on the rise of vertical video from last year. 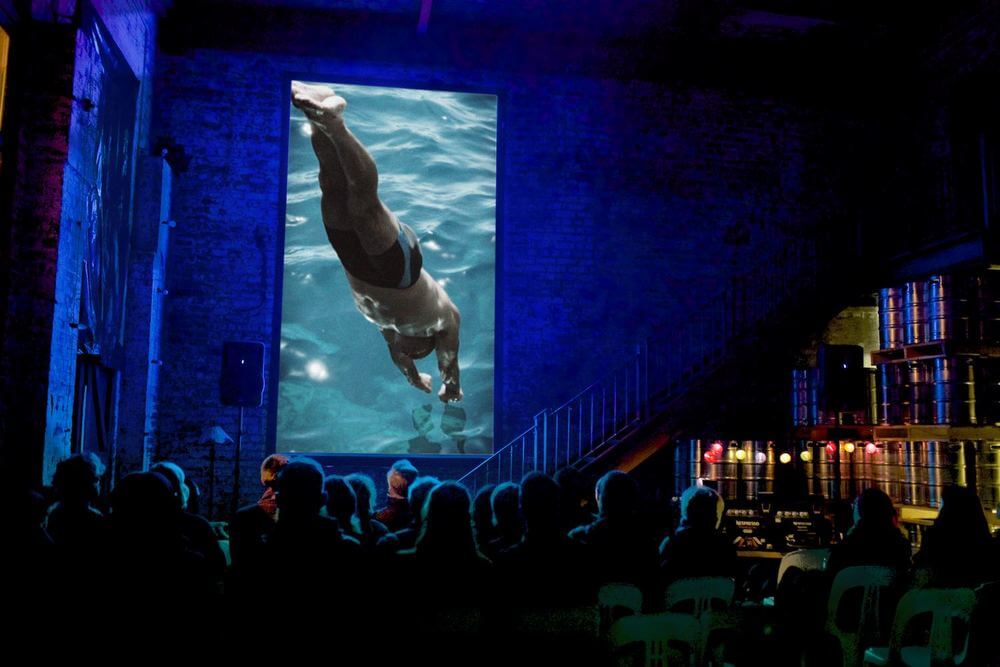 Trump is 'arguably' the most divisive US President and leader of the free world that we have ever seen (is it that arguable really?). He's all over our social platforms and devices daily spouting, let's face it, absolute nonsense. But get ready because Trump content, both for and against, is going to go NUTS this year. Even more nuts than it has been. Despite the election for the next President of the United States not taking place until 3rd November 2020, Presidential campaigns start (on average) as early as 531 days before. Many of Trump's supporters and detractors will have been counting the days, tooling up on their anger, resentment and funny bones to explode all over the internet. This, coupled with the methods to combat Fake News and someone needing to 'allegedly' replace Russia in creating Trump's Fake News, will make for a highly contentious battleground… our newsfeeds. So by Spring this year expect SH*T TO GO DOWN. 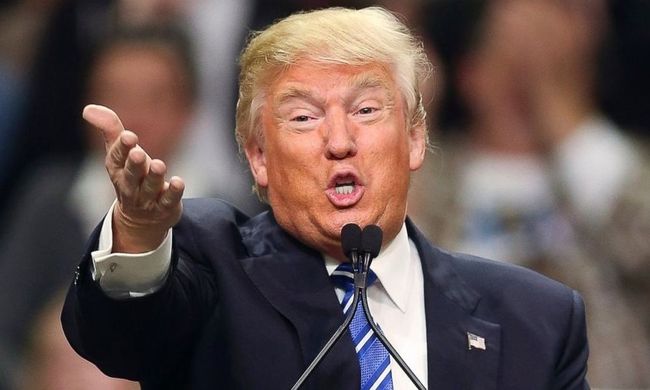 Unruly state that "80% of millennials refer to video when making purchase decisions." So 'Shoppable Video' is a huge area for brands to tap into. What is this, you may ask? It's where consumers can shop straight from ads rather than watching a whole video to 'find out more' and then have to head to a separate site to purchase their items. Shoppable videos lessen the steps from engagement to purchase in a highly efficient way and we'll need to get used to seeing more of them as they are set for a huge increase. 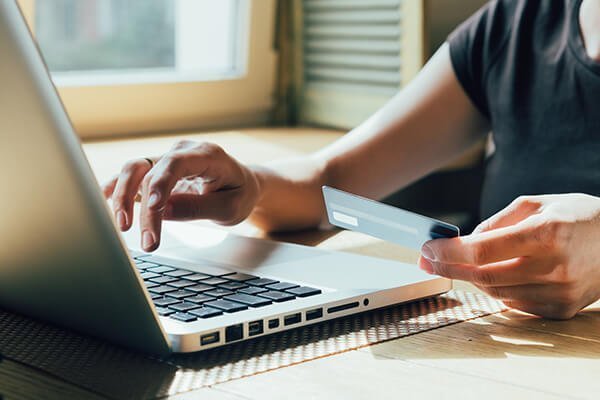 THE ROBOTS ARE COMING

2018 saw a huge rise in A.I. assisted, well, everything. But in our world, people are starting to rely on our future robot masters more and more. Last year this was a hot topic. Earlier in the year we looked into the writers of Ozark using an A.I. enabled algorithm to create their stories. In November, our Creative Director Will wrote about the merits of self-editing software 'Magisto', and whether or not 'Driven by Intuition,' the Lexus ad written by A.I., signalled the end for us human creatives.

He determined that this isn't the case… yet. But could 2019 change that? Bertrand Cocallemen, Global Creative Director at Teads, agrees with Will's line of thought but suggests that in 2019 "the creative industry will, at last, wholeheartedly embrace artificial intelligence and deep learning." He doesn't go as far to say we'll be seeing robot versions of Spike Jonze or Megaforce any time soon, but he believes that the industry will utilise A.I. predictions more than ever. "We will be able to predict when the audience will be most interested in watching your video, when and how they will engage, and more. This is game changing – especially when you consider the fact that digital advertising currency is based heavily on impressions." We agree and look forward to Skynet telling us what to buy, wear, watch, and enjoy! 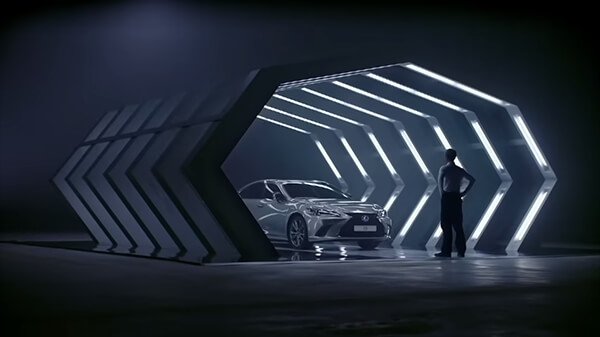 in 2019 it is clear that we are going to see MORE of EVERYTHING. Platforms and devices are adapting and enabling new ways for us to see more content, and this content will be made, edited and released faster than ever before. The ever increasing rate of creation and consumption will create new forms and genres that we haven't yet seen, and although we can all predict as much as we want, we are excited to be blown away by content that none of us expect or have even thought of yet. And we are ready to take it on and create and deliver it in true WING style.

Pizza Hut - Now That's Delivering
This one has the WING office split. It's undeniably funny (and the way they refer to Domino's is very clever) but it's also very close to Dollar Shave with a touch of Skittles in terms of tone. Is it too similar to feel fresh? You decide.

Thomas Cook - The man who always wakes up in a different bed
Thomas Cook explore a funny and original idea in this new campaign. Like The Time Traveller's Wife, but less creepy.

Hello Singapore - Time-Lapse Flow Motion
This mesmerising 'Time Lapse Flow Motion' film takes us on a trippy tour of Singapore "from the Downtown Core to the temples of Chinatown and through the famously picturesque Marina Bay." Turn up the sound, sit back, relax and enjoy.

Hope you enjoyed this month's perspective. Until next time!

When it’s the boss’ birthday but the music doe

Our latest with @thef2 for #Santander is at the li

Cannot WAIT for this to kick off with @extremeeliv

A happy #EarthDay to you from all the WINGers! Awa

Call this number. You won’t regret it. Fun litt